Recently, there’s been a video-sharing platform gaining more and more popular among internet users, especially those exiled from YouTube.

That platform is Odysee. If you haven’t heard of it, then let me explain.

To summarize, Odysee is a decentralized and free speech-advocate video-sharing platform. It looks eerily similar to YouTube and provides almost the same functions.

Based on official claims, you can think of it as a different type of YouTube, a freer and less censored one.

Recently, more and more YouTube creators have been moving from YouTube to Odysee, and there’s one reason for that – lack of censorship.

Let’s dig deeper on this topic, so keep reading for more information on YouTube and Odysee!

In today’s polarized world, freedom of speech has become a wildly contested topic, with the majority opinion veering toward censorship.

Like many other social media platforms, YouTube has chosen to add more and more restrictions on the user’s freedom of speech.

Censorship has become more common, and many YouTubers have found themselves demonetized or having their accounts closed for saying the “wrong” things.

To no surprise, Odysee, which was marketed as a censorship-free video-sharing platform, has become more and more popular among internet users.

The decentralized aspect of Odysee and its freedom of speech empowerment are the two most important assets that the platform has.

In a world where freedom of speech has been demonetized and censored, Odysee is seen as a beacon of shining light for most people.

Here are several examples of people who would be attracted to Odysee for its lack of censorship:

And the list can go on and on. As you know, using certain words in a YouTube video may get your video demonetized. There are no restricted words on Odysee, for instance.

That’s not happening on Odysee. It’s the same with ideas vehiculated through videos. Unless they are extremist (violence, adult content, etc.), chances are you’ll be free to say your piece.

Is Odysee “Only” a Platform for Fringe Ideas?

No, it’s not. Even LBRY, the company behind Odysee, says that their video-sharing platform addresses all types of video creators, not just political commentators.

To quote them, “Some of you have asked how do we promote Odysee to creators? Well, that depends on the type of creator you’re talking about. Factoring in the genre of their content and their personality is vital to having a meaningful conversation with them about Odysee.”

Anyone is welcome to Odysee, in other words. Cooking channels, physical fitness channels, gaming, music, sports, political, social, and psychology channels, and so on.

Odysee is a platform entirely similar to YouTube, just without all the censorship and restrictions. This appeals to more and more people who can’t stand YouTube’s censorship policies.

Interestingly, many YouTubers who have “not” been restricted on YouTube are starting to copy their content on Odysee.

While they do publish content on YouTube, they’re uploading it on Odysee at the same time. We’ve asked several of them why they’re doing this, and the answer was unsurprising.

They’re using Odysee as a safety net, just in case YouTube creates even more restrictive policies and their videos end up removed. Or worse, their channel is deleted.

In all honesty, I can’t be sure of that. No one can. However, there’s one thing clear – if this trend of YouTube users moving to Odysee continues unabated, something will happen.

More and more YouTubers are getting demonetized and restricted on YouTube. Some have their videos deleted, and others have their accounts deleted.

Many of these users make a livelihood from streaming and content creation, so they don’t have a choice.

Seeing as their livelihoods crumble, they actively look for alternatives to YouTube. And Odysee came at the right time.

Here’s my take on Odysee replacing YouTube – if it will happen, it’s a long time before that. YouTube is still the most popular web video sharing and content creation platform.

And that isn’t going to change shortly. A vast majority of users don’t even care about YouTube’s censorship policies.

In short, creators are leaving YouTube for Odysee because they want a non-restrictive and censorship-free medium to create their content.

YouTube has been getting a bad reputation for its censorship as of late. It’s no surprise that many are looking for an alternative.

Whether Odysee grows big enough to overthrow YouTube remains to be seen, though even if it happens, it won’t be in the near future.

Post a comment down below if you have more questions about this topic. I’m glad to reply to my readers at any time!

When it was officially released in December 2020, Odysee already had over 400,000 users who had posted 5 million videos to the site.

That’s because the platform has been in Beta ever since September, so users had the time to accommodate it.

Those 5 million videos were attracting more than 8.7 million active viewers per month at that time.

And ever since, more and more creators have jumped the boat from YouTube to Odysee.

There is a downtrend, and Odysee has been losing users recently. However, since only two years ago, it only had 8.7 million users, the overall trend is still in ascension.

So, I can factually say that Odysee is growing, and it’s growing quite fast. In 5-7 years, we could look at hundreds of millions of users using it daily.

It remains to be seen, as many factors influence a platform’s performance.

Can you make money on Odysee?

Sure, you can. Odysee prides itself on having a better monetization system than YouTube.

It’s all about the crypto token associated with LBRY, which is the decentralized blockchain that Odysee runs on.

The LBRY Credits are the currency for the LBRY network, and creators are rewarded with these credits per every view.

Users can also choose to reward creators with their LBRY Credits. Moreover, content creators can stake those credits to produce a passive source of credits.

The good thing is that, based on the popularity of the mother company, LBRY (and Odysee), the value of the LBRY Credits will undoubtedly rise.

However, the opposite effect occurs if LBRY and Odysee drop in popularity. The credits will devaluate.

This type of system isn’t necessarily doomed to fail, though. We’ll see how Odysee fares in the future! 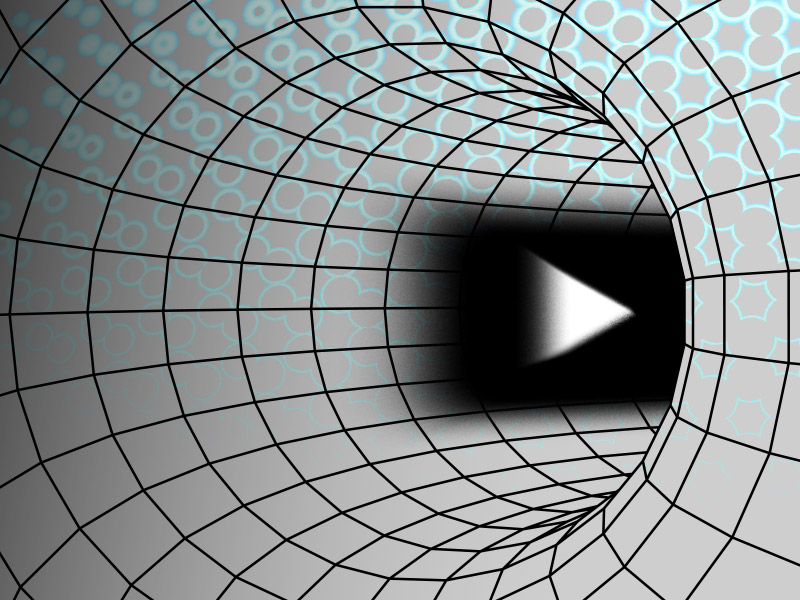